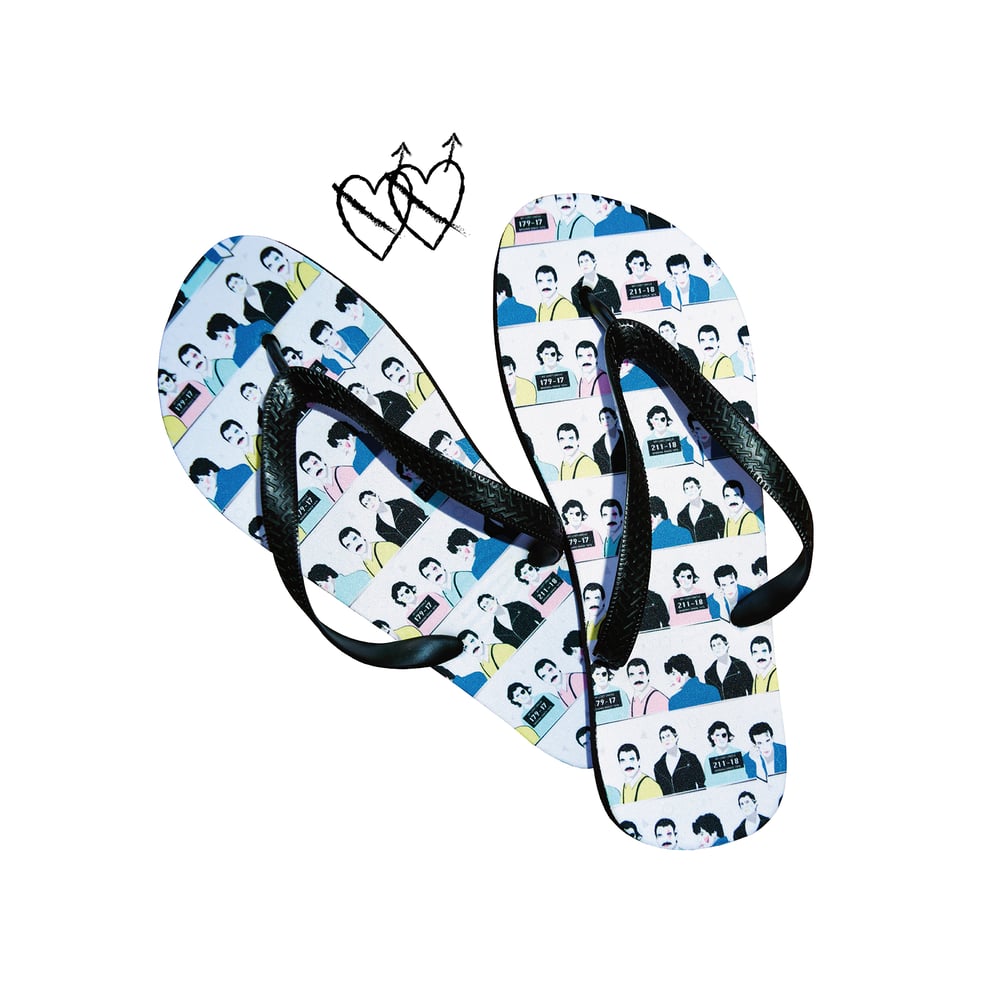 FLIP FLOPS /
*SOFT FOAM BASE
*COVERED WITH ALL OVER PRINTED POLYESTER
*1980s CLASSIC FLIP FLOP STRAPS IN PLASTIC
*HANDWASH IN 30-40°C
*DESIGNED IN FINLAND, MADE IN UK